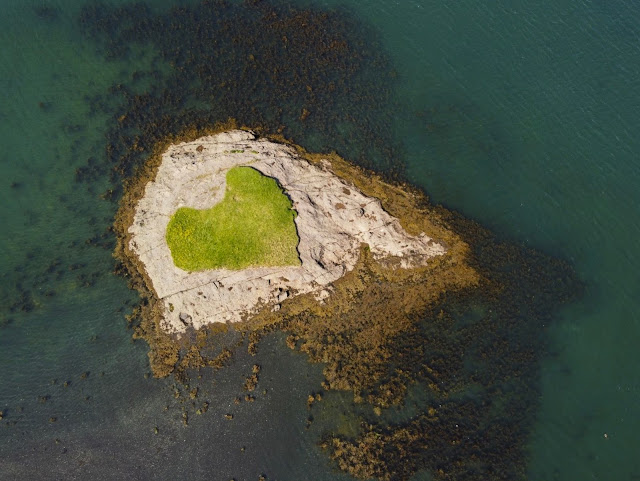 There are signs of spring. Now is the time where our children put on their winter jackets instead of their winter suits, before they head outside to play. It is eight degrees Celsius, instead of the usual three or five. The extra warmth invited me to stretch my entire body in the open sun today, right after breakfast. I could get used to this.

I have felt the pressing need to write on my blog and/or my newsletter all throughout this week. I desperately want to share with you all that I have experienced and learnt about myself. Writing has been a part of my life throughout my entire existence, but it is only now that I realise what compels me to write. The reason could sound a little pathetic: I write because I never really had someone that would listen.

Coming here made me see how badly neglected I was as a kid. I don't even expect people to want to hear what I have to say. Not my friends, and certainly not my family. Being at the women's shelter is great because there is always someone that I can talk to if I so choose. In person. There is always someone around to hear me out, to help me out. But I think it will take a lifetime to unlearn my conditioned behaviour of relying solely on myself.

Hannah is about to start day care. There is still the administrative side of things but man, does she need a lot of things! It really stressed me out. A pair of rain boots, a pair of sports shoes for the playground, a pair of home shoes for inside, and a pair of sandals for summer. In addition, she needs a set of rain clothes, a soft shell jacket, a soft shell suit for windy days... The list goes on.

I scoured through Facebook Marketplace in search of all these things, over many sleepless nights. I had planned a little trip to Middlefart so I could pick up a few items and check out the clay museum in the area. But I ended up cancelling our accommodation on Bookings.com, because our homestay costed more in the invoice than what was previously agreed. I was not satisfied with their customer service support, and cancelled my booking as my way of protest. I was eligible for a full refund, but the overseas exchange rates did it that I had to pay about fifteen odd Singapore dollars for absolutely nothing.

In addition to decision fatigue and fruitless plans, another problem with buying things second hand is the major inconvenience that results from my lack of a Danish bank account. I had to ask three different Danes to help me transfer money to the respective sellers on Facebook Marketplace. After I completely deplete my attention span, comparing twenty different sets of second-hand rain clothes - carefully weighing their merits based on their colour, condition, price and location - I of course had to haggle the price down as far as I possibly can, right? Before finding someone who would do me a favour and take my cash.

And you would think that was the end of it. The rain clothes that I liked the most was almost four times the price of another in salmon pink, but I thought that the blue best suited Hannah's new rain boots. All her rain equipment are blue, but like a feminine blue. So I bought it.

But because I live in a women's shelter, the address is secret and I cannot have our purchases sent here. I had to locate a parcel shop in the area, and use that address instead. But alas, the person with Hannah's rain clothes sent it to the wrong address... Thankfully, my trusty social worker has agreed to drive fifteen minutes so we can pick it up sometime next week. Even though petrol prices are going crazy at the moment.

It has certainly been bizarre experience for me. I mean, asking for help. It always surprises me when people are willing to help. Like it is no bother. The in-charge of this place said to me that all the women living at this shelter are the most important people in the whole wide world. 'You are the most important, Vivian. If anyone here, including me, says or does something that makes you feel like you are not important, can you please tell me?'. I was so moved, I burst out crying.

I had plans to take Hannah into town this weekend, or every weekend for that matter. I bought an annual pass to the Odense Zoo last week, so we can visit it as much as we want. They not only have tigers and chimpanzees, but also three fantastic playgrounds that kids of all ages would enjoy. Hannah is no exception. I packed a generous lunch box last Sunday, with chips, grapes, carrot sticks, braised egg sandwiches, dried figs and biscuits. It was more than enough fuel for us two.

Another thing that was said to me, which has fundamentally changed me: Whatever your parents failed to give you when you were a child, you can now give it to Hannah. Hannah and you, you're a family. I don't recall my parents ever bringing me out on an outing, just to spend time with me. I only ever had one pair of shoes at one time, often in the wrong size. I remember the discomfort and hated the whole experience of buying shoes. With time, I learnt that my comfort and my feelings did not matter.

I learnt in therapy that something awful in my childhood has caused my brain to cut off contact from the rest of my body. I had felt something so painful, too painful for my body to handle, that it learnt to not feel it. That would explain why even though I have been meditating for a few years, I still struggle each time with performing the mental body scan. I have trouble feeling the sensations from my neck down. I can only feel my head and neck. I know it doesn't make sense. I just hope that my body therapy sessions will help me to be in touch with my body again.

I bought many new things for Hannah for the first time. New. Mostly because I couldn't find the second hand items in her size, in a decent condition. But I also bought a brand new bicycle and a make up bag toy set for her. (The latter has yet not arrived.) I was emotionally crushed when she did not like her bike as much as she did the other kid's. I regretted buying it in black and not pink, even though I cannot stand the sight of hot pink.

Hannah loved her brand new brown sandals that I bought, until she saw a used pair. Pink with plastic flowers. They were given to the women's shelter but you could tell that they were cheap because they had no support or grip at the bottom. It broke my heart when Hannah told me that she did not like the brown ones anymore. In a perfect sentence too. Hannah had a bath the day after. She was so excited about her 'new' pink sandals, that she got herself dressed without first having a nappy on. We only found out when she weed her pants, some two minutes later.

What's worst about those pink sandals is its lack of friction at the sole. Hannah played and hopped as usual yesterday. But instead of stopping her in her tracks as she lands, the cheap sandals looked on as Hannah fell on her face and cut her lower lip. I have since told one of the staff here that those sandals, like many others that have been donated to the women's shelter, are a safety hazard to girls who dream of being princesses.

I certainly felt like a princess the other day when I had to assemble Hannah's new bicycle. My husband is the 'man of the house', and I never got to do anything that involved a screw or a wrench. I felt so dumb when I could not put Hannah's bike together on my first try. There seemed to be a part missing and I berated myself for wanting help from a man, any man. But in hindsight, the underlying problem behind my emotional meltdown was because I had not taken my lunch that day, even though it was late. That was the day Hannah fell down and hurt herself. Blood flowed from her lower lip as she stunk with a pooey nappy during her bum. I comforted her and give her a bath, but all that took time.

The thing is, a man did help me with putting the bike together. He is a retired policeman, who is semi-employed at the women's shelter. That day, he walked in dressed exactly like my husband would on a spring day. The sight of him made me feel something. He had on a pair of sneakers from Skechers, in blue rather than red, with a pair of blue jeans and a short sleeve black T-shirt. I had very complicated feelings about the entire situation - being ultra glad for a man's help, who was around my husband's age, dressed just like him, but was not him. Yet another bizarre experience.

It has been a pleasant going to bed early with Hannah, in preparation for day care. Did you know that two-year-olds need eleven hours of sleep every night? Me neither. Thankfully, we have even established a rather effortless bedtime routine. We would have dinner around 6pm, muck around a little and brush our teeth. Then Hannah would choose a bedtime story for the night. We would get undressed and read it together in bed, before the light goes off and we would go to sleep. Around eight, but latest at nine o'clock. Works like a charm.

It has been a pleasure writing this. I am also thinking of making videos again. But it's mainly because I have paid for rather costly annual subscriptions for the Canva and Epidemic Sound. That being said, the only real space that I can record myself speaking to the camera in the women's shelter is in my room. Again because I need to keep our location a secret, for the safety of the other women living here, I am not able to film myself basking in the sunshine in our massive garden, or doing other fun things, like hopping on the trampoline. Basically I don't feel free to film as I did in Helge's house, and that makes me not want to film at all.

I can feel myself changing, in a way that almost defies time. I don't know if that makes any sense for anyone else. Being away from my toxic husband is delightful. I never want to return to the life that I had before. Every day I spend away from him is another day where I can ask myself, What does Vivian want? What makes me happy? What is best for me and my daughter? To be able to ask and answer those questions everyday - that is the life that I want for myself.

Till next time. -V

How I Met My Husband: The Long Story

Living In A Women's Shelter

How I Met My Husband: The Long Story

Living In A Women's Shelter